Yerba mate [ˈɟɛrβa ˈmate] is drunk mainly in Argentina, Brazil, Paraguay and Uruguay. It is an equivalent of our tea or coffee, which traditionally accompanies our social gatherings. The taste of mate, however, is by no means similar to black tea or coffee. It could be compared to the taste of green tea but true mate lovers would of course deny it. Both mate and green tea are bitter but the bitterness is of different kind. In above mentioned countries yerba mate is consumed almost habitually, which is reflected by numbers: the average Argentine buys nearly 7 kilograms of mate yearly.

And now some basic information.

“By the name yerba or yerba mate one understands a product consisting of dried, slightly toasted, ground leaves of Ilex paraguariensis Saint Hilaire, alternatively with an addition of fragments of dried young sprigs, sprouts or flower stems. (...)”
(Argentine Alimentary Code; No. 18.284, Chapter 15, Article 1193)

Yerba mate, Ilex paraguariensis, is a specie of holly (family Aquifoliaceae). In its natural habitat, during 25 years it may grow up to 15 m, while cultivated — up to 3–6 m. It blossoms from October till December. Its leaves are elongated, evergreen and glossy, up to 5 cm long, with a serrated margin; small, yellowish, 4-petal flowers are gathered in bunches sprouting from the edges of leaves; fruit — violet-red drupe with several seeds. The natural habitat, as well as the area of cultivation, is limited to the South America, more precisely to the zone between the Atlantic Ocean and Paraguay river, and between 18°S and 30°S. Leaves contain caffeine and theobromine — alkaloids that stimulate central nervous system. Some researches [Kamangar et al.] show high concentration in leaves and infusions of polycyclic aromatic hydrocarbons (including benzo-α-piren), which are human carcinogens. 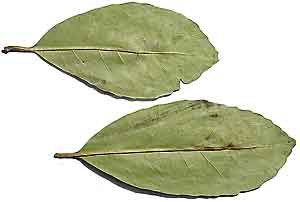 azucarera — sugar bowl
bomba — (p) » bombilla
bombilla — a small pipe through which you drink mate, tipped with a filter, usually made of metal (stainless steel, silver); can be straight or curved; filter is often disassemblable; there is a thickening by the mouthpiece, which absorbs heat 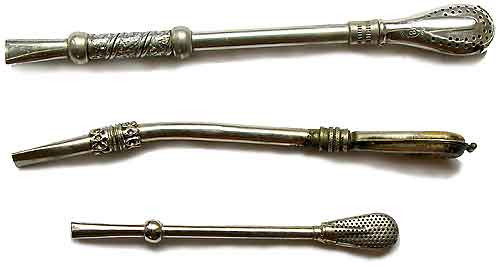 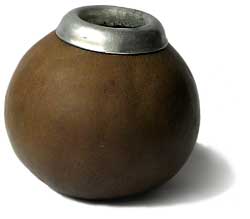 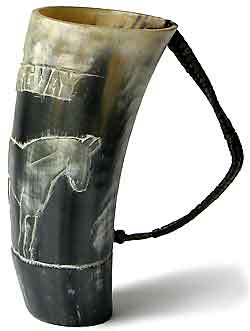 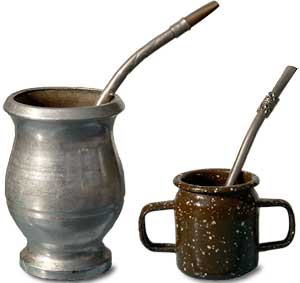